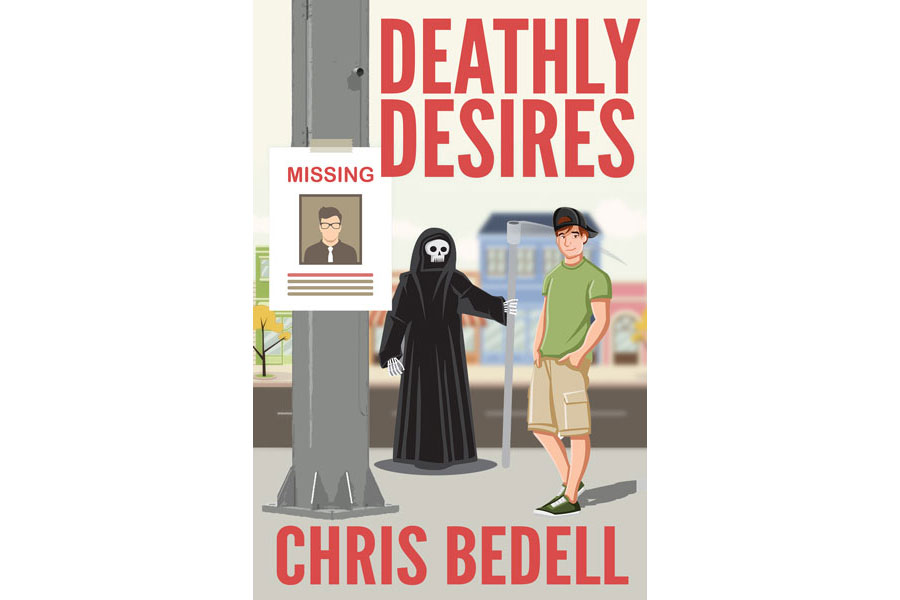 17-year-old Cody’s biggest problem isn’t his relationship with a grim reaper so he can get over a past unrequited crush. It’s his “I Know What You Did Last Summer” like situation him and his friends are trying to solve before they die themselves.

I know what you did last spring…

When 17-year-old Cody's unrequited crush, Mason, is killed by his friend Veronica, he helps her successfully cover up the murder. That is until the start of their Junior Year, when everyone involved receives a menacing note from someone who knows what they did.

The blackmail about Mason’s death quickly escalates to stalking, arson, and attempted murder. Cody and his friends must discover who found them out before they get killed themselves. And fast.

Noah has an altogether different secret. He’s a grim reaper, escorting people to the afterlife when they die. When his path collides with Cody, a spark soon forms between them. But whether they can make their relationship work is a different question. If Cody and Noah want a real chance at love, they’re going to have to be honest with each other about everything they’ve been hiding from the world.

If you like your PRETTY LITTLE LIARS with a hefty dose of Tara Sim’s TIMEKEEPER, Deathly Desires is the book for you.